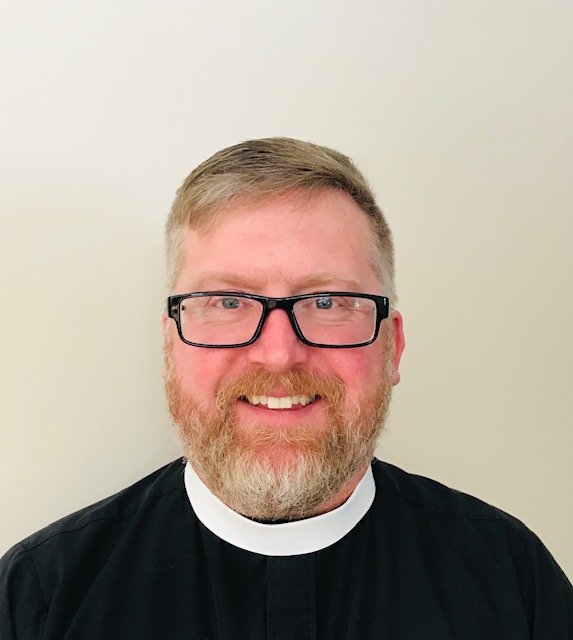 Tim, his wife Kris, daughter Elizabeth and son Aidan moved to Connecticut in June 2017. They live in North Granby on a small hobby farm with goats, dogs, cats, chickens, ducks and a rabbit. Tim received a B.A. in Religion Studies from Texas Christian University in 1993, his M.Div. from Christian Theological Seminary in 1996 and was ordained in the Christian Church (Disciples of Christ) after finishing graduate school. While serving his first church in Sioux City, IA he received his B.A. in vocal performance. In 2001, he was called to the Episcopal tradition, heading back to graduate school at Seabury Western Theological Seminary where he received an M.T.S. in Theological Studies. While living in Evanston, IL, Tim worked on his Ph.D. in Constructive Theology receiving his doctorate in 2013. Having grown up in the midwest, Tim and his family are loving their new experience on the east coast. Tim enjoys the outdoors, sharing in his children’s activities, and spending time with Kris in their beautiful home.