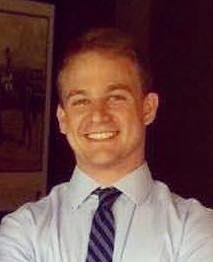 Austin Tewksbury is the tenor section leader in OSA’s choir. His earliest experiences singing publicly were in musicals, assuming roles as varied as the comic Lefou from Beauty and the Beast and the tragic Riff from West Side Story. At Trinity College, Austin sang with the Trinity College Choir as well as the Chapel Singers, and he spent his evenings singing in the all-male a capella group the Accidentals, for which he eventually served as music director. He also studied voice in his latter years at Trinity with Chai-lun Yueh and adored composing and arranging music above all else. Austin is currently thrilled to have joined the choir at OSA and greatly enjoys playing guitar and writing songs in his free time.